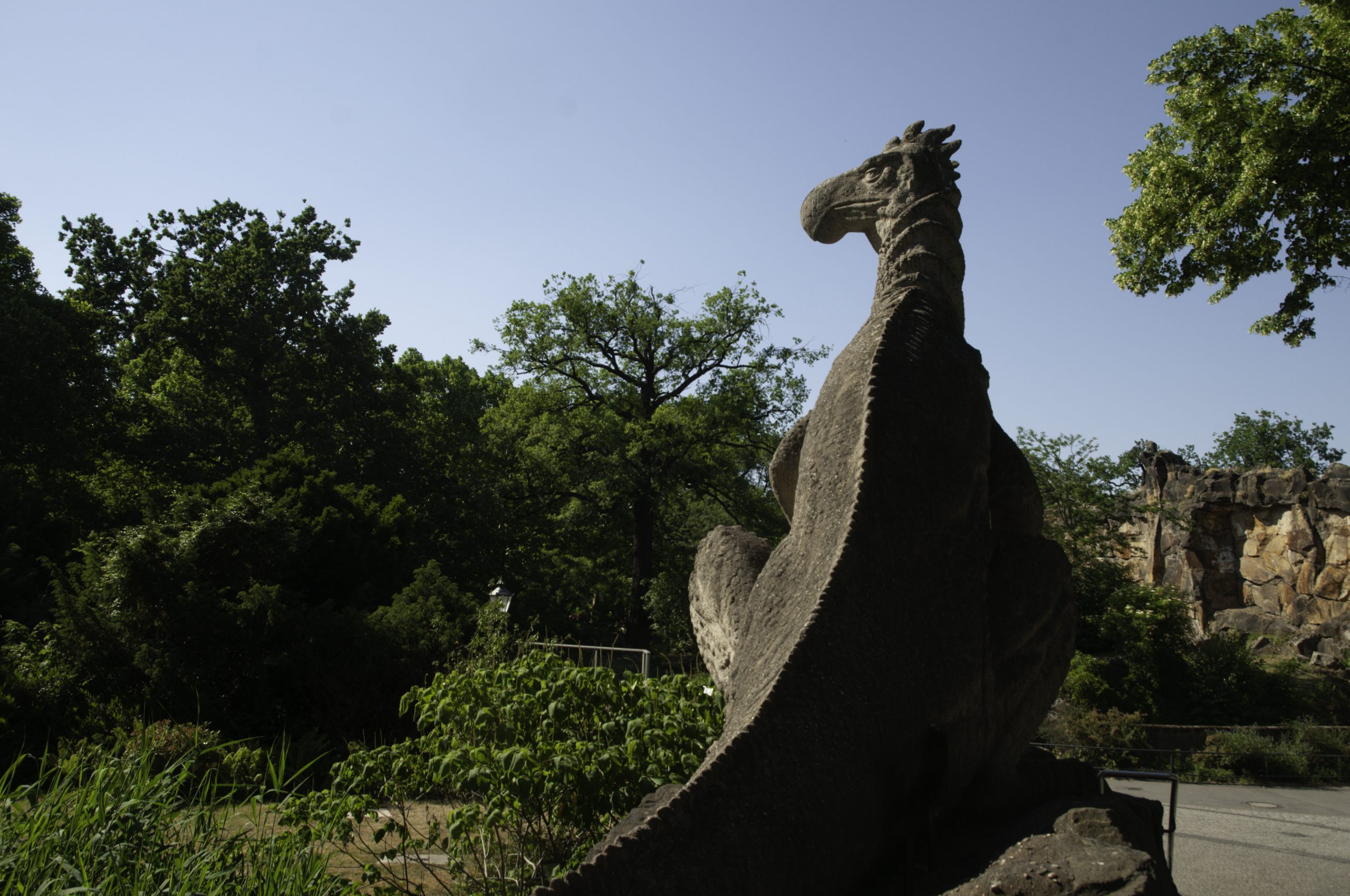 Dinosaurs in the aquarium (Public Understanding of Science)

When the new Berlin Aquarium opened on 18 August 1913, it had an important task to fulfill: emphasizing that the Berlin Zoo, of which it was part, was still a force to be reckoned with among zoological gardens—both as a public attraction and a scientific institution. Rather surprisingly, none of its fish, amphibian, and reptilian denizens could be seen on the outside of the aquarium building. Instead, both the side facing the zoo and the one facing the street showed depictions of prehistoric life—in mosaics, reliefs, and sculpture. On the zoo side, a colossal statue of the dinosaur Iguanodon formed an impressive entrance piece. These images served two goals: to exploit the public’s fascination with prehistoric life and also to connect such fascination with the science of past life.