Paleontological art, or paleoart, is experiencing a veritable renaissance. Before the pandemic brought public events to a halt, the European mainland was set to witness no fewer than three exhibitions centered on this genre within the span of a year (1–3).

This year, we on the European mainland will see no less than three exhibitions dedicated to paleoart, the imagination of extinct animals and worlds through art: in Munich, Haarlem and Coburg 1)Originally set to open on May 17th, but postphoned until February 6th due to the COVID-19 crisis. This takes place against a background of paradigmatic shifts going on in our ideas about how to reconstruct the life of the past, coupled to All Yesterdays, a book published in 2012 by Darren Naish, John Conway and C.M. Kosemen. However, the background of this movement is much more diverse than this and I may write about it in the future, so let’s concentrate on the exhibitions for now.

Read more at the Love in the Time of Chasmosaurs Blog A few years ago, the presenters of the car show Top Gear (yes, I know) compared American and British police chase videos, much to the detriment of the latter. Where car chases from the United States offered exciting, edge-of-seat entertainment, UK coppers seemed unduly hampered by procedure, protocol and a marked lack of performance from their Astra diesels. There may be very good reasons for this (taking into account the 5,000 bystanders killed by American police car chases since 1979) but it’s all so much less exciting. Any ten-year-old will gladly swap the dullness of safety for a chance to go out in a blaze (pun intended) of glory.

The town of Valkenburg is located in gently rolling hills on the southern border of the Dutch isthmus of Limburg, bordered by Belgium to the south and west, and Germany to the east. For centuries, people have been mining the rich sandstone deposits in the area, and have thus stumbled upon numerous fossils. Perhaps none are more famous than those of Mosasaurus. The first of these was found in 1764 and now resides in the wonderful Teylers Museum in Haarlem (which also happens to be my part-time employer). The other, found around 1772, found its way to Paris through the evil machinations of the devious French (note that I’m not judging anyone).

END_OF_DOCUMENT_TOKEN_TO_BE_REPLACED

As you might have guessed from the title of this blog, I have a bit of a ‘thing’ going for Albert Koch’s Hydrarchos harlani. Last week, we were lucky enough to meet up with Hydrarchos (or part of her) in person, in the basement of the Museum für Naturkunde in Berlin. END_OF_DOCUMENT_TOKEN_TO_BE_REPLACED

Smith et al. vs. Feduccia in The Auk (paywall alert!):

“As scientists in the 21st century, we cannot ignore or discard data that are inconvenient or do not fit into a preconceived notion.”

Written in letters of blood.

A somewhat older ad, but considering my connection with its most prominent () subject I thought it worthwile to post.

To be honest, from the insurer’s point of view, its implications seem to be somewhat disturbing…

From Hans Schouwenburg’s ’emotional call to arms’ for a more activist history of science, on the Shells and Pebbles blog:

I think that we, PhD candidates in the history of science, should help our colleagues in the labs. For too long we have passively described science in action, without answering the climate scientist’s call for practical action. Even worse, as Latour observed, our critical apparatus of cultural deconstruction is now being used by the ‘worst possible fellows’ to deny global warming. We are scholars who try to describe the political, ideological and social aspects of science, but we are also humans who care about the future of our planet and humanity. Because of climate change, and because of ‘bad guys’ who refer to us to trivialize the problem, our very future is at stake! We can no longer observe these developments from a distance. It is about time to draw a firm line and come into action.

I can hardly express how much I believe we should remain passive. Or at least, if we choose to get active as concerned citizens, we should seriously doubt whether we can still function as historians. END_OF_DOCUMENT_TOKEN_TO_BE_REPLACED

Part III of a great series on the organization of paleontology exhibtions by Ben Miller.  Recommended. Also because I largely agree with it. 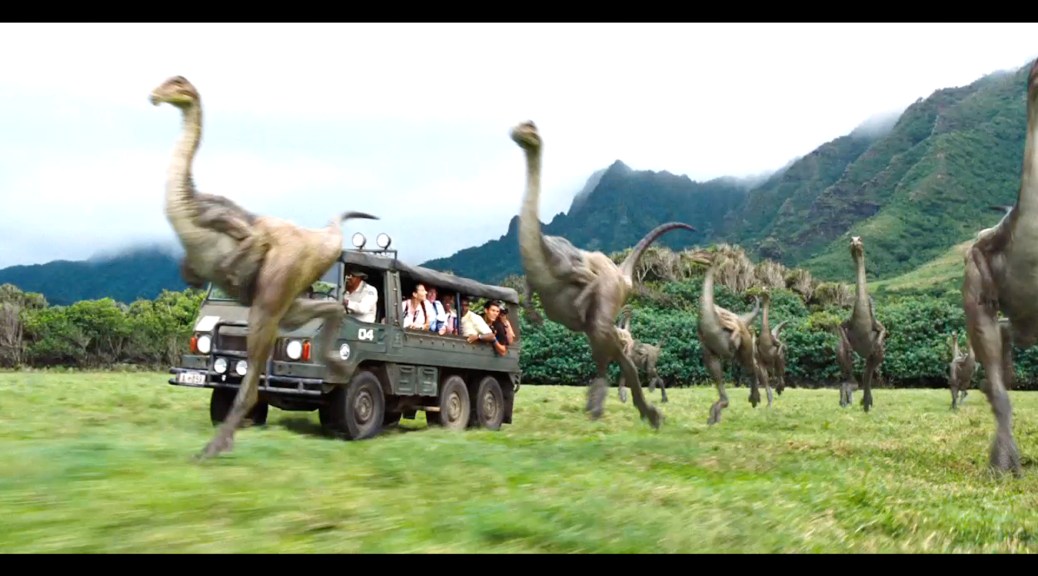 A big-budget film about dinosaurs will always make the headlines, particularly if it is the follow-up of Steven Spielberg’s wildly successful Jurassic Park, from 1991. Dinosaurs, at least those visible to us on cinema and TV screens, were never the same after that. But not all is well in the land of blockbuster dinosaurs. Paleontologists, science bloggers and JP fans have been riled by the filmmakers’ decision to leave the dinosaurs in the upcoming sequel – Jurassic World (2015) – without feathers.

Read more at Shells and Pebbles A bit of a panic yesterday. We’re in the middle of moving house at the moment, from a rather large apartment without a garden to a large garden with a smaller house. Unfortunately, that calls for a significant culling of our book collection or, if you will, a fortunate separation of the chaff from the corn. I had brought a few boxes of books to a nearby second-hand bookseller’s when I noticed I missed one particular volume – and one of those spine-freezing sensations set in. END_OF_DOCUMENT_TOKEN_TO_BE_REPLACED

The Paris Diplodocus in 1908, which hasn’t changed much since those days. The (second-floor) gallery with the cast is deserted, but look at the multitudes on the third floor. This leads me to suspect that it must be taken shortly after the mounting of the cast had been finished, perhaps even on the eve of the unveiling (June 15, 1908) by the French President, Edmond Fallières.

(From the Lost Spendor Tumblr.)

The predominant image of dinosaurs as water-going creatures did not limit itself to sauropods; hadrosaurs were also considered to be pond dwellers for a long time. However, the idea of Iguanodon as an aquatic animal was not quite so common. This German work from the late 1940s is testimony to the fact that German paleontology had some pretty idiosyncratic ideas of its own.1)Martin Wildfahrt, Die Lebensweise der Dinosaurier (Stuttgart: Schweizerbart, 1949).

This isn’t so much a blog as a place for me to reflect on the history of paleontology. Don’t expect academic, article-sized contributions here. Instead, it’s a place to comment about publications in paleontology, the history of science and things related to either that seem relevant to me.

Hydrarchos harlani was a creative amalgam consisting of several skeletal parts originally belonging to the fossil whale Basilosaurus (Zeuglodon). ‘Dr.’ Albert Karl Koch, a German who had emigrated to the United States, handily played into the then current interest in sea snakes, and toured the United States, and later Europe, with his invention in the 1840s. Eventually, the first Hydrarchos was bought by the Prussian royal zoological cabinet in 1848.

We’ll get back to the details of the Hydrarchos story at length, but I chose it as the name for this site because it symbolizes the crossroads of science, popular culture, and history – and of course not because of my intention to deceive you as a reader. I hope.